Why I Edit HTML in Visual Studio

I've been seeing a number of posts of reddit the last few days about different editors and IDEs that people use. Over the years I've worked on a huge swath of them, I even remember thinking that it was never going to get better then BBEdit.

These days I work at a full Windows shop which means .NET and C# day in an day out. It also means Visual Studio 2013 Professional is were I live. Combined with ReSharper it's not just a powerful C# IDE, but handles HTML, CSS and JavaScript incredibly well.

While it's not perfect Visual Studio is an incredible tool for those of us in the world of web. With even more awesome features such as Browser Link and support for new languages and technology like Node and CoffeeScript baked in it should definitely be on your list of IDEs to know.

With CSS intelisense you no longer have to dig through thousands of lines of CSS looking for that one rule.

It knows when you're doing something silly because of this too.

And when something was forgotten.

It knows what attributes an element can have.

It knows what CSS an element can have as well. 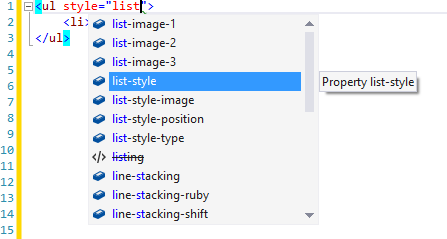 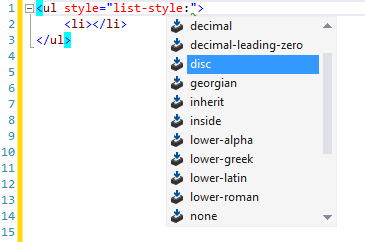 These are all just hints mind you. They won't cause run time* or compile errors. It's just saying it's not compliant in some way. * An unclosed HTML tag does cause a run time error in Razor

And it can combine these, this intelisense is triggered by actually reading out the dom elements in the page above and listing their ids. 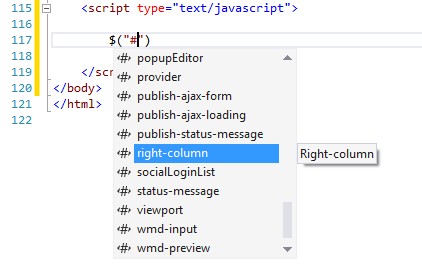 It's context aware, it knows that removeClass() has an argument that is a CSS class, and so it lists all of my CSS classes.

While ReSharper is more known for it's help in C# code land it is equally at ease in Razor.